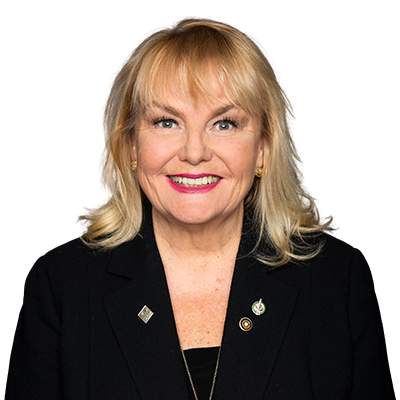 Happy Canada Day to everyone celebrating! We have a lot of room to grow and improve as a nation but I am forever proud to be Canadian.

Even from Ottawa, I’m always thinking of home. I’ve been able to honour the Canadian Walk for Veterans, SSWR Chamber of Commerce, and work with colleagues to bring attention to the Heppell ...

I’ve asked the Trudeau Liberals a lot of questions over the last few months in an effort to get answers for Canadians and hold this government accountable. You can view all of my interventions ...

With inflation at a 30 year high, and gas prices skyrocketing, Canadians deserve a break, not an increase in the Carbon Tax. Full Article

Even after making a decision on new fighter jets, this NDP-Liberal government is still stalling the purchase, we want to know why. Full Article

This week, I had the privilege to stand in the House and honour my special friend Wally Philips, who unfortunately passed. You can listen to my full tribute here: Full Article

The NDP have already shown that they want to abandon our allies. Will the now formalized NDP-Liberal coalition follow suit? Full Article

The Minister of Foreign Affairs, Melanie Joly, on behalf of the Liberal Government stated that Canada is not a military power and is best at convening, insulting every Canadian who has gone to war and worn the uniform. Watch me demand an apology to our veterans here: Full Article

NATO members agreed to commit a minimum of 2% of their GDP to defence spending. The Trudeau government has no plan to do so. Once again, our heroes in uniform are left behind by this government. Full Article

The F-35 is the 5th generation fighter that Canada needs to protect our Arctic and assert our sovereignty. Watch me question the Prime Minister on his failure to properly equip our armed forces. Full Article

We must continue to assist Ukraine in its fight against Russian aggression. We must move to defend Canadian Arctic sovereignty. We must send a clear message to Putin and his supporters “the world will not accept dictatorship or domination.” (Mikhail Gorbachev). Full Article

Small arms, sniper rifles, and well wishes don’t cut it when Ukraine is fighting off a full-scale Russian invasion. Watch me question the Minister on when this government will step up and deliver the anti-tank and anti-aircraft weapons, and RADARSAT intelligence Ukraine needs. Full Article

As the Member of Parliament for South Surrey—White Rock, it is my great pleasure to welcome you to my website! As you navigate through it, you will find information on what I am doing in Ottawa, in the riding, and how the Official Opposition is holding the Liberal government to account. It is my priority to serve and be the voice of my constituents of South Surrey—White Rock in Ottawa. If there are federal issues you need assistance with, please do not hesitate to contact my office at kerry-lynne.findlay@parl.gc.ca.
Are you concerned about how rising inflation rates are affecting affordability? © Kama
Member of Parliament - Kerry-Lynne Findlay